The history of the development

Nucon GbR a private partnership was founded 2006 based on the application of patents for xenon HID lighting. At the beginning of the year 2013 Nucon GbR started to adapt their xenon HID digital ballast know how to use for driving LEDs. Since xenon light is more and more displaced by LEDs there was the need to start some new base research on the demands for LED control.

There is and was always a close contact and exchange of information and requirements with the automotive industry and their suppliers to devlop the method according to their needs.

The method is now granted Patent in Germany and in the US: 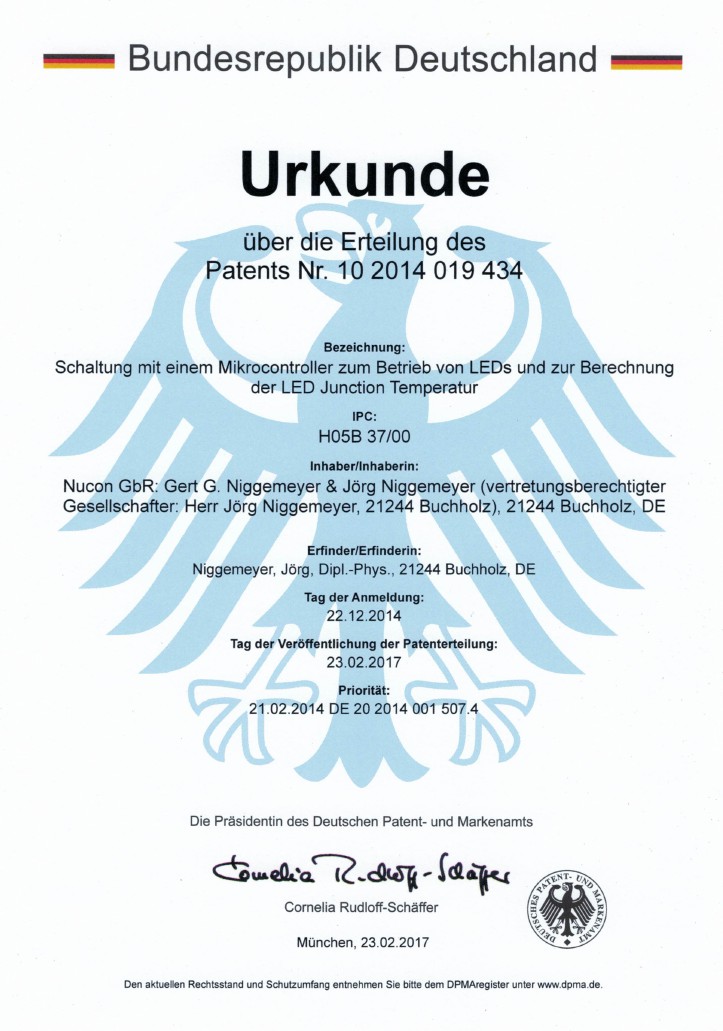 A very important requirement for the application could now be achieved by software means: automatic calibration and detection of unknown LED strings to the driver during operation. Like it would be the case if a headlamp would be serviced in a garage. 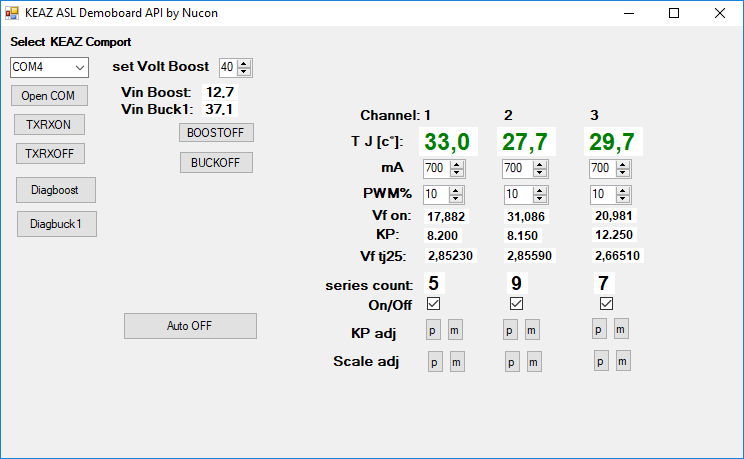 LED Strings with different length (series count) can be attached to the driver and will be automatically adjusted to correct temperature sensing during operation without any external reference present - a break through of the development, which was doubted by many of so called experts. Above example is showing operation of different strings operated at room temprature with low wattage.